I have been itching to write on this interesting phenomenon. All people of my generation are sailing in their wonderful forties.Some remarkable things have been happening to them, which needs a kind mention. This of course goes without saying that the phenomenon is universal.

So to start with, this post is dedicated to those forty plus men I know:

They have suddenly acquired mean motorbikes. 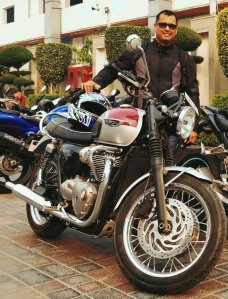 They want to be remembered for their Dukes,Triumphs, Harleys, Enfields, Yamahas n what not! Just bikes aren’t enough, they have formed clubs for organised admiration of themselves and their bikes.😁

They are hot on the social media-

They are live and kicking in the ether world all the time and also expect you to like, comment and follow them. These men tweet!😳and create big storms.

They know these Diets-

Vegan,Pegan,Paleo,Atkins,Ketogenic,Mediterranean, anything to make that beer belly vanish and push the years a bit back. I swear I have seen one of them actually munch sprouts by the count! and wolf down a calorie laden chocolate cake slice( One fine boss was he! always on a diet 😁)

They have been reading, trying and discovering for themselves, be it wines,cheese, chocolates,oysters,tea, coffee, classical music- dance- drama- Indian and of the world, all! Now, they are the authority.

from being a clean shaven good guy to the lumbar look; they ensure surprise if not awe! Goatees, Whiskers, Handlebars are appearing on their faces.Some of them look awesome but most of them require to be shown the mirror!😂

They have all become men of steel!

Gymming, muscle training, cycling, trekking… who said 40+ was middle aged? Their dedication is system defying and the roads and hills are alive with the sound of …🏇🚵🏍️

Its happening all around us, with these 40+ men trotting across the globe to meet up old buddies and sweethearts!💕They all get back a little more pensive.( Hmm😎! hearts are beating a bit louder)

New vocabulary. There’s no stopping them as they ‘babe’ n ‘baby’ you! and try to effortlessly converse with the Gen Z teenager with as many YOs, LOLs, TYSMs, Awesomes, Toxics n Cools! They talk what the buzz is!

So what! they all have, and there is no getting down! One or two have got pushed down on to the wrong side a bit early but they too are taking it sportingly with a new look! Not resorting to the cover up with dyes- is also the new “cool”!

Let’s live it up is their Mantra. New wardrobe, new look, new passions( skydiving, jungle drive, rafting, trekking… you name it, they jump to it.)are shaping these forty something men, and we are loving it. 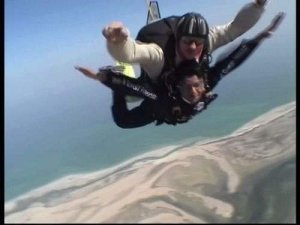 Its amazing to see the metamorphosis around me. I am sure most of you have this phenomenon occurring in your respective homes and fraternity. Do add your bit on the missed out masala!!

*Disclaimer: this blog targets all 40+ men and in no way spares those who have got away from my scrutiny.

40 thoughts on “These forties!”

This site uses Akismet to reduce spam. Learn how your comment data is processed.

I love life and this beautiful World. Books and travel come in next. I write my random musings- share it fortnightly on this site and wait to hear from you. View all posts by Sushmita Sahay